The legacy of slavery and the American church 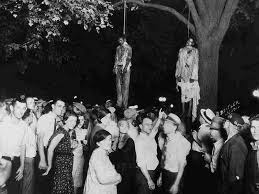 From "How the U.S. church can confront the legacy of slavery" in the October 14, 2019 issue of America Magazine by Olga Segura

“Open Wide Our Hearts” acknowledges the need for U.S. Catholics to fully reckon with the sin of slavery: “The generational effects of slavery, segregation, and the systemic use of violence—including the lynching of more than 4,000 black men, women, and children across 800 different counties throughout the United States between 1877 and 1950—are realities that must be fully recognized and addressed in any process that hopes to combat racism.” The pastoral letter was accompanied by resources to educate Catholics about racism and its effects on education, employment, housing and migration; guides for clergy to lead discussions on race; and educational material for students at all levels.
at October 27, 2019 No comments:

Chapter three
To be a real American you have to be white. 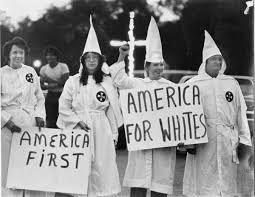 DiAngelo bravely challenges the collapse of whiteness into national identity. No less an authority than Beyoncé Knowles recently remarked, “It’s been said that racism is so American that when we protest racism, some assume we’re protesting America.” DiAngelo proves that Beyoncé is right, that the flow of white identity into American identity—of racist beliefs into national beliefs—must be met head-on with a full-throated insistence that what it means to be American is not what it means to be white, at least not exclusively, or even primarily. This nation is far more complicated in its collective self-understanding.

Is being white being American? From our founding this has been the belief. Native Americans and African Americans were excluded from the first centuries of America's existence and still continue to be.

We have seen the rise of White Nationalism with the election of Donald Trump and his veiled election slogan, "Make America Great Again," MAGA, which his supported take to be code for make America white again. Of course with the demographic tide of increasing numbers of "people of color" it is predicted that whites will be in the minority in the United States by 2040 as they already are in many American cities and in some American counties.

While racist policies and practices are still powerful in the United States, whites deny them and claim they are oblivious to the advantages which these racist policies and practices provide. As Stokely Carmichael pointed out in the 60s during the days of "Black Power," whites will never give up their advantages and privileges willingly. People of color will have to take them on their own terms, and whites have to learn to be respectful and just.

Mutual respect and justice is the best social arrangement for all parties but this kind of social development seems to happen only with struggle as the "haves" surrender to the fairness and dignity of the "have nots."

White Fragility by Robin DiAngelo - What are the ways of white folks? 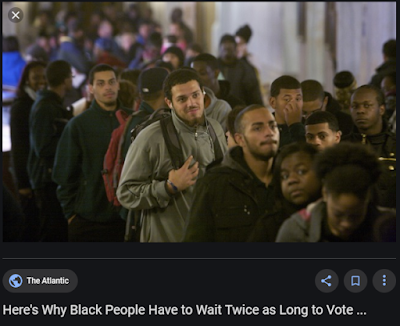 White fragility is a truly generative idea; it is a crucial concept that inspires us to think more deeply about how white folk understand their whiteness and react defensively to being called to account for how that whiteness has gone under the radar of race for far too long. DiAngelo is wise and withering in her relentless assault on what Langston Hughes termed “the ways of white folks.”

What are the ways of white folks?

They are the ways of privilege which are taken for granted by the dominant group in American society which has a history of genocide in killing off the Native Americans, enslaving Africans, and oppressing other ethnic groups who are not perceived as being worthy of full citizenship and inclusion in the American society.

The ways of white folks include the denial of their discrimination and racism even though it is very apparent in where they live, where they work, where they go to church, where their children go to school, with whom they socialize, and how their criminal justice system operates.

For a higher level of higher justice to be obtained in our society white folks need to become self consciously aware of their ways and correct their abusive practices embedded in their socialization and social practices.

The first step in ameliorating racism is to become aware of its presence in our society, how it operates, what motivates and sustains it, and what can be done to rectify it.

If you are white list three ways you personally have benefited from your whiteness.

If you are non-white, list three ways you have been discriminated against because you are not white.
at October 22, 2019 No comments:

Fannie Lou Hamer, a civil rights activist, working for voting rights gets marginalized by President Johnson when he calls an impromtu press conference which makes the broadcast networks swivel the TV spot light from Ms. Hamer's testimony to him. This is an example of "dirty tricks" and the power of white privilege.

Systemic racism of the Trump administration being practiced in the name of the American people.

How does the failure to deal with the DACA program affect the actualization of human potential?

Editor's note: In most states DACA students have to apply for admission to college as "international students" but 23 states allow DACA students who are residents of that state to qualify for in state tuition. New York is one of them. Living in Brockport, NY, I a few students at the College at Brockport who so qualify.


Here is a map of the 23 states which allow in state tuition for DACA students. 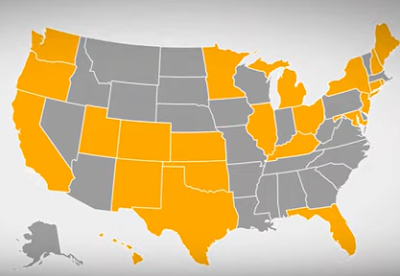 What does Emma Lazarus's poem and the Statue Of Liberty teach us about welcoming the stranger?

Is it good when we can laugh at ourselves and our racial bias?