Are police killings of blacks today the same as lynchings in the past? 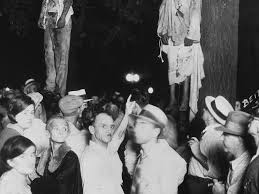 Comment - I finished the book yesterday, and I think I can comment on the number if lynching examples Wilkerson is giving.   She equates them with the number of police shootings nowadays. As symptomatic of the same disease but adjusted for the times.

Response to the comment - I am not sure how the police killings today are the same as the lynchings of the past. They seem quite different to me. Lynchings of the past were intentional, premeditated, group mob mentality, and extrajudicial. The police killings of today seem in the moment, inappropriate behavior of State actors and are sworn officers carrying out official, state actioned activities of policing.

Police killings are governmental malpractice. Lynchings of old were people engaging in vigilante activities outside of the law. Jurisdictions where police killings occur pay huge civil penalties for wrongful deaths even though there rarely is a criminal penalty for the killers.