Is the caste system immoral and a sign of spiritual impoverishment? 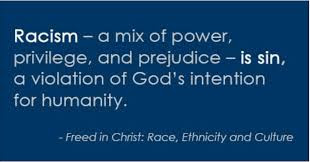 Question - What do you think? Are Trumpists just ignorant and don't realize they are being conned or do they have some other incentive in voting for his authoritarian view of government?
Answer - Heck yes the Trumpists vote for their interests! Their interests have to do with keeping Christian prayer and Christmas in schools. They want to keep abortion illegal. They want to keep taxes low for a variety of reasons - some don’t want to pay for anyone’s welfare at all, while others want to keep the money to pay for their kids’ education or a decent neighborhood.  (This is true of high-caste, middle-caste and low-caste).
The Trumpists interests are about hiring whomever they want to hire whether that person is best for the job or she’s their sister-in-law.  They want to keep criminals locked up.  They want to keep their guns to protect their homes and families.  They choose their jobs over the unnecessary environmental regulations. Dad would have a new pick-up if he didn’t have to pay $400 in taxes out of his paycheck and for what?
The masks are a symbol but the people are killing themselves to make their symbolic statement. It’s like “Don’t Tread on Me.”  There are people who do NOT want the government controlling so much of their lives and charging big bucks to do it.  They want the government controlling criminals - not guns - not Bibles - not their small business.
Comment - Very good summary of the incentives of Trumpists. They are the descendants of the Reagan Republicans who were taught that government is the problem not the solution and it's every person for him or herself. I think about this attitude as a moral and spiritual issue not only a political and sociological one.
America has always been a highly immoral nation when it comes to human rights and its economic system. With all the religiosity one might think that American values would be more just, equitable, and compassionate, the the Christianity these folks proclaim is not anything that Jesus would recognize as being based on His teachings.
I think Marianne Williamson had it right when she said that the United States needs a moral and spiritual revolution. How low will America have to go before it dawns on us that we cannot continue down this path of avarice and judgmentalism and a subjugating caste system?
at October 29, 2020