What fuels the support for the Trumpist view of a racist America? 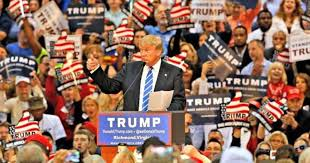 Why, some people on the left kept asking, why, oh, why, were these people voting against their own interests? The questioners on the left were unseeing and yet so certain. What they had not considered was that the people voting this way were, in fact, voting their interests. Maintaining the caste system as it had always been was in their interest. And some were willing to accept short-term discomfort, forgo health insurance, risk contamination of the water and air, and even die to protect their long-term interest in the hierarchy as they had known it.
Wilkerson, Isabel. Caste (Oprah's Book Club) (p. 327). Random House Publishing Group. Kindle Edition.
What do you think? Are Trumpists just ignorant and don't realize they are being conned or do they have some other incentive in voting for his authoritarian view of government?
at October 28, 2020