Moving towards a more socialistic democracy would dismantle the U.S. caste system 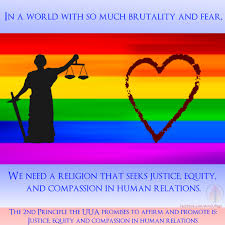 The majority of America’s peer nations have some form of free or low-cost healthcare coverage. The writer Jonathan Chait noted America’s singular indifference, unique among developed nations, toward helping all of its citizens. He connected this hard-heartedness to the hierarchy that arose from slavery. He found that even conservatives in other wealthy nations are more compassionate than many Americans.

A caste system builds rivalry and distrust and lack of empathy toward one’s fellows. The result is that the United States, for all its wealth and innovation, lags in major indicators of quality of life among the leading countries in the world.

I had a 71 year old white female married 53 years, with four children and 10 grandchildren tell me yesterday that she is voting for Trump because she is afraid, otherwise, the country will “turn into socialism and I’m scared what that would mean for my children and grandchildren.” She seemed to be a very smart and articulate woman and very adamant. What is it that she is so afraid of?

She apparently doesn’t know that the countries that have social democracy have greater indicators of well being and higher levels of happiness than the U.S. How did socialism become so misunderstood? The idea of the unconscious implementation of the caste system in the U.S. upon which  U S values and the economy are based is a very illuminating and clarifying lens.

Socialistic programs would bring about greater justice, equity, and compassion in our American society all of which would undermine our caste system upon which injustice, inequity, and subjugation are built.